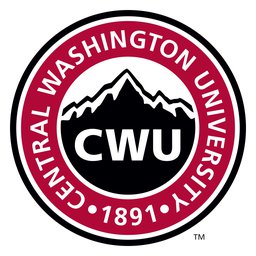 organization endeavoring to educate a diverse population about the rich cultural

heritage of the African American (Black) culture . Our goals are to instill pride in our

African American culture, especially the youth, and to make other cultures aware of

our proud history and important accomplishments .

One means of fulfilling our mission is by entering historical , educational floats in

various parades throughout Washington State. We also have a Black history exhibit

and display which we present in schools , private and government agencies .

west of Yakima. Around 1000 people live there. Below is some Black history.

August 1888. About 600 Black men from the South, East, Mideast and Midwest

1888, a second trainload of Black men, women and children arrived in Roslyn. On

that train was our grandmother , Harriett Jackson-Taylor with her 2 year old son

Fred. She later met David Clifford Williams and they married. To this union our

mother, Mrs. Ethel Williams-Craven was born in Roslyn in 1906. She married

MAYOR IN WASHINGTON STATE when he became Mayor of Roslyn in 1975.

He served until 1980. While Mayor, he was instrumental in having the 22 different

nationalities and lodges cemeteries in Roslyn placed on the National Historical

their roots back to Roslyn. Our cousins, the Hart family , trace their roots to N.A.

Hart who arrived around 191a1n d worked in the mine's boiler room, also the Heath

(son-in-law) family ; the Donaldsons and Livingstons. The Barnett family--in Central

Seattle there is a park named after Powell Barnett, Jr, who was born in Roslyn.

Federal Judge Jack Tanner has family members who lived in Roslyn. As you can