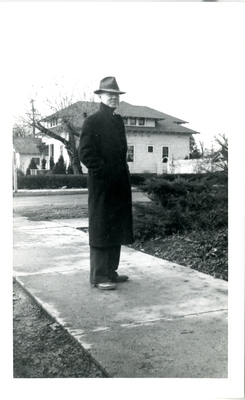 George Beck taught geology courses at Washington State Normal School and Central Washington College of Education (predecessors to Central Washington University), 1925-1959. He was the co-discoverer of the petrified forests of central Washington and largely responsible for the establishment of Ginkgo Petrified Forest State Park in Vantage, Washington. During his career, he published numerous articles on his findings and served as the editor of Fossil Woods of the Far West. Prior to his death he was known to have the largest collection of petrified hardwood in the United States. Here Beck speaks about the original discovery of the petrified forest.