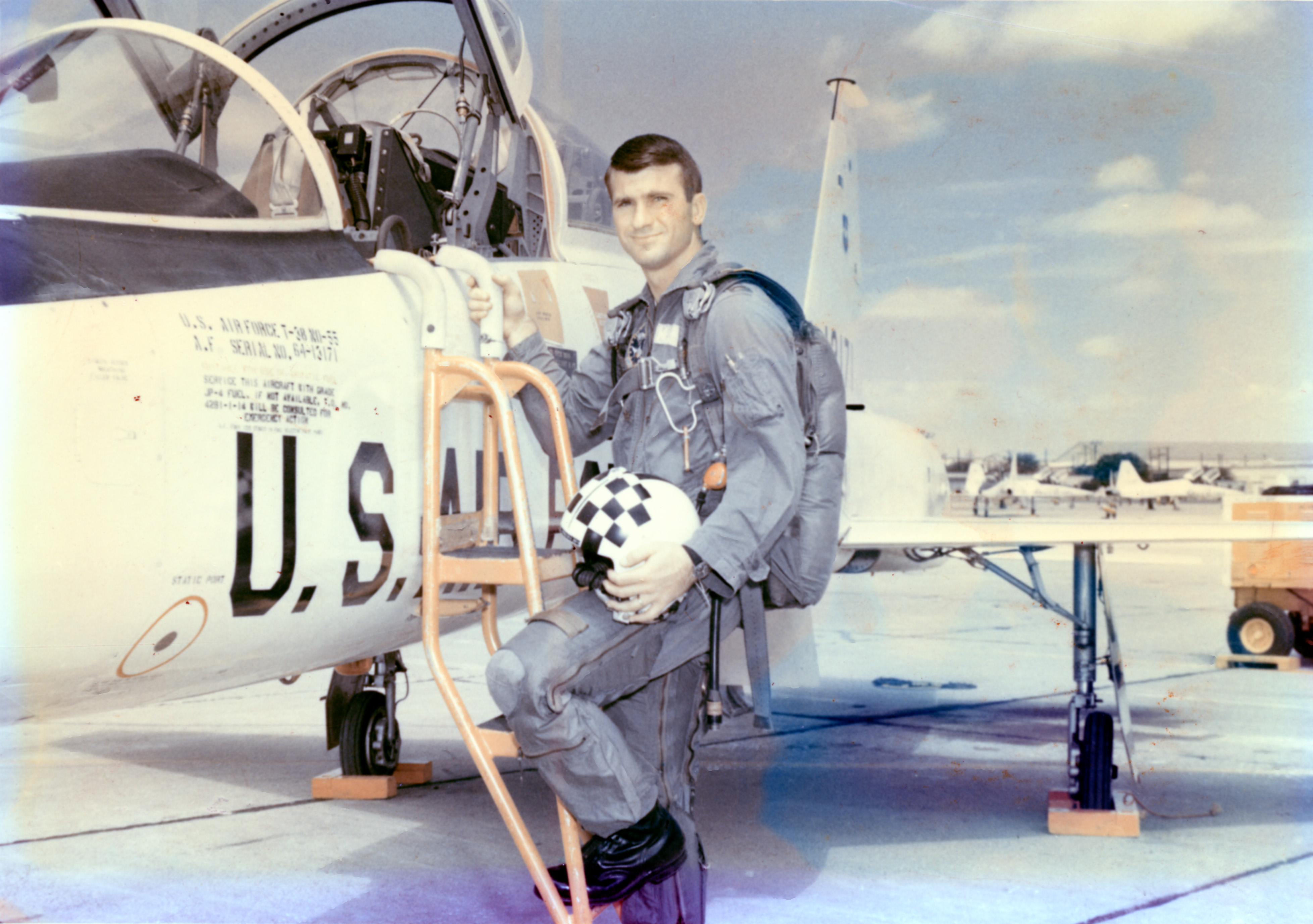 The documents in this collection were collected by Terri Francisco-Farrell, San’s sister. This collection records her efforts to have her brother’s remains returned to the United States. Air Force ROTC cadets, library students, and library faculty scanned the collection and it is presented here for continued education and awareness of the many men and women who remain missing from the Vietnam conflict.

San Dewayne Francisco was born in Buckland Missouri in 1944. His family soon moved to Burbank Washington, where he grew up. San attended Kennewick High School where he was three sport athlete He graduated from Kennewick High School in 1962. From 1962 to 1966 San attended Central Washington State College (now Central Washington University) in Ellensburg. While at Central, San played football and wrestled while working three jobs to support his wife and son.

He was a member of the 555 (triple nickel) Tactical Fighter Squadron and flew the F-4D Phantom fighter jet. In 1968 San was sent to Vietnam where he completed his required number of missions and was scheduled to meet his wife for R&R in December, but on November 25, 1968 another pilot was ill and San volunteered to fly one more mission. Major San Dewayne Francisco was shot down over North Vietnam on November 25,1968. He ejected and was captured by the North Vietnamese, but was later killed by shrapnel from American bombs. There are ongoing efforts to find his remains.