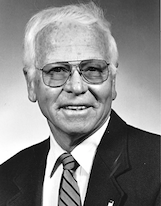 This collection includes scans of photographic negatives, newspaper articles and photographic prints from the 1950’s to the 1990’s. John Foster was the CWU photographer from the 1960’s until 1990. This collection also includes negatives produced in the 1950’s by the previous campus photographer, Bonnie Wiley. The photos include events from around CWU campus and the greater Ellensburg, Wa community. The newspaper articles include information about John Foster, his career, and his subjects.

Emeritus professor John Phillip Foster, first came to CWU with his family in 1965. He honed his photography skills from his past employment as a photographer. First in newspapers in New Mexico, Indiana and then as a university photographer and teacher. Foster, while at Central Washington University, taught journalism and photography at Central Washington University for 30 years. He was also involved in the community and served on the Ellensburg Rodeo Board from 1974 through 1985, handling publicity and advertising for the big Labor Day weekend event. His freelance work has appeared in numerous magazines including Sports Illustrated, Time, Life, Rodeo Sports News" Sports Illustrated, Time, Life, Rodeo Sports News as well as numerous newspapers including The Seattle Times. While teaching journalism and photography at CWU, his photo work was honored by the National Press Association and the University Photographers of America. Life magazine printed his photo of a graduate grimacing as an administrator placed an honor medallion with a tight ribbon over his head.

Some of the older photographs in this collection were taken by Bonnie Wiley when she was a photographer at Central Washington College of Education. Ms. Wiley taught journalism and photography at Central from 1956 to 1965. She had been the only woman combat correspondent for The Associated Press in the Pacific during World War II. She earned a journalism degree at the University of Washington in 1948 before returning to the Yakima Herald and central Washington. Ms. Wiley received a doctorate in journalism from Southern Illinois University in 1965 and joined the University of Hawaii as the second journalism faculty member that year, teaching there for 10 years. In the early 1980s, Ms. Wiley returned to the University of Hawaii and taught in the Parvin program for mid-career journalists from China, many of whom wen tto become news executives in China. In 1989, Ms. Wiley was awarded the UNESCO Award for outstanding contributions to international journalism and education. She passed away in 2000.